Community Action for Families - Our Issues Our Work 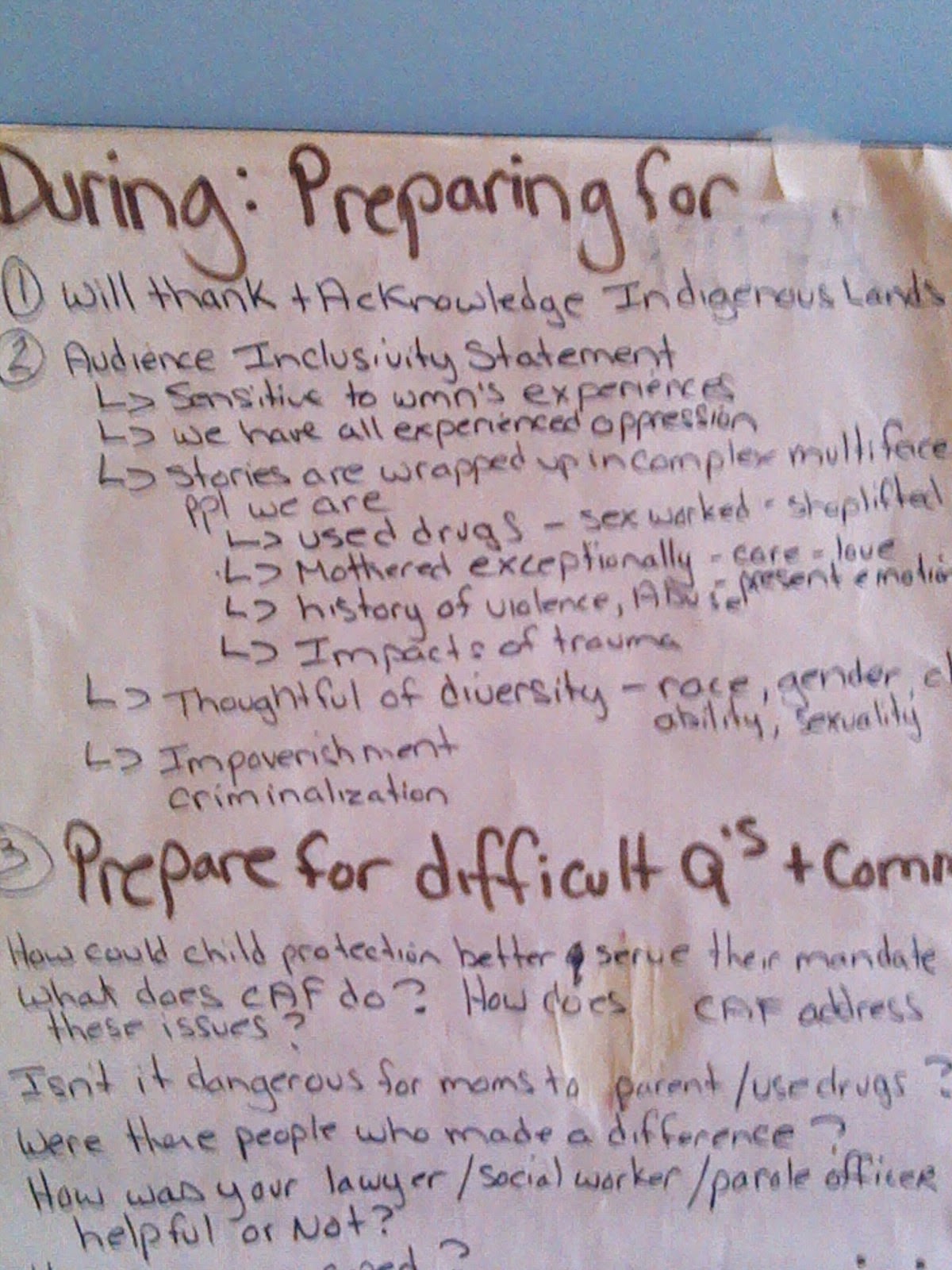 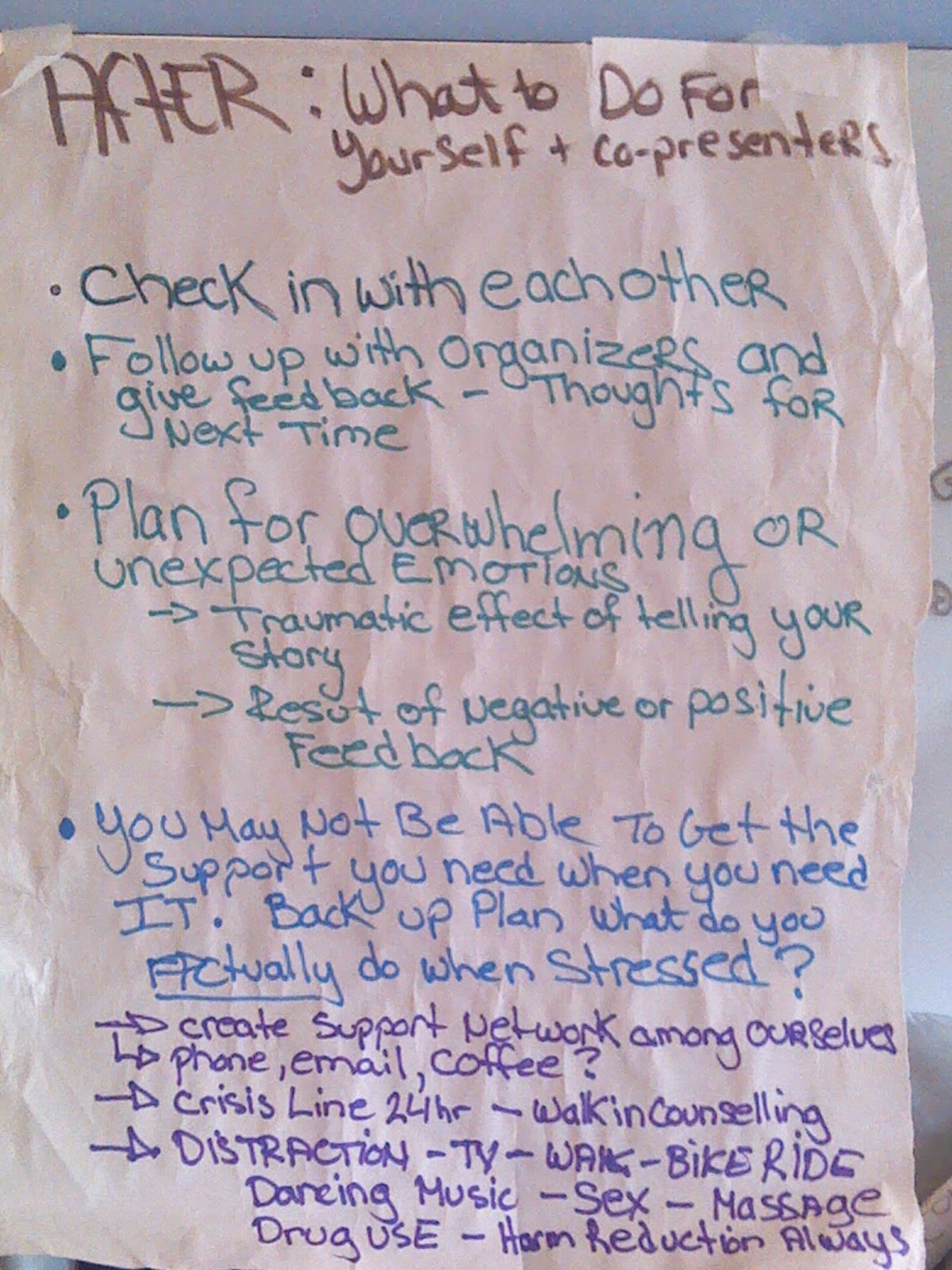 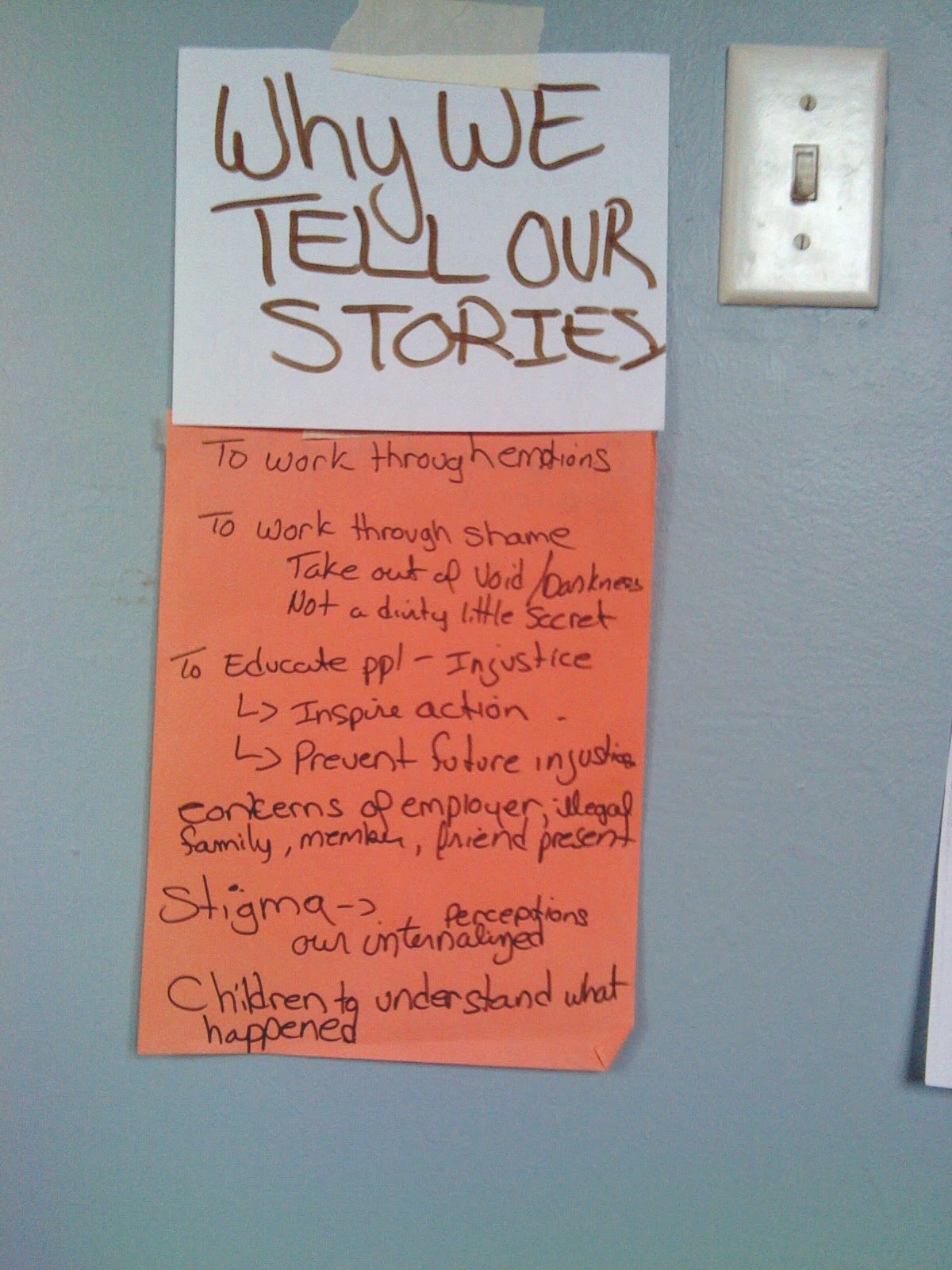 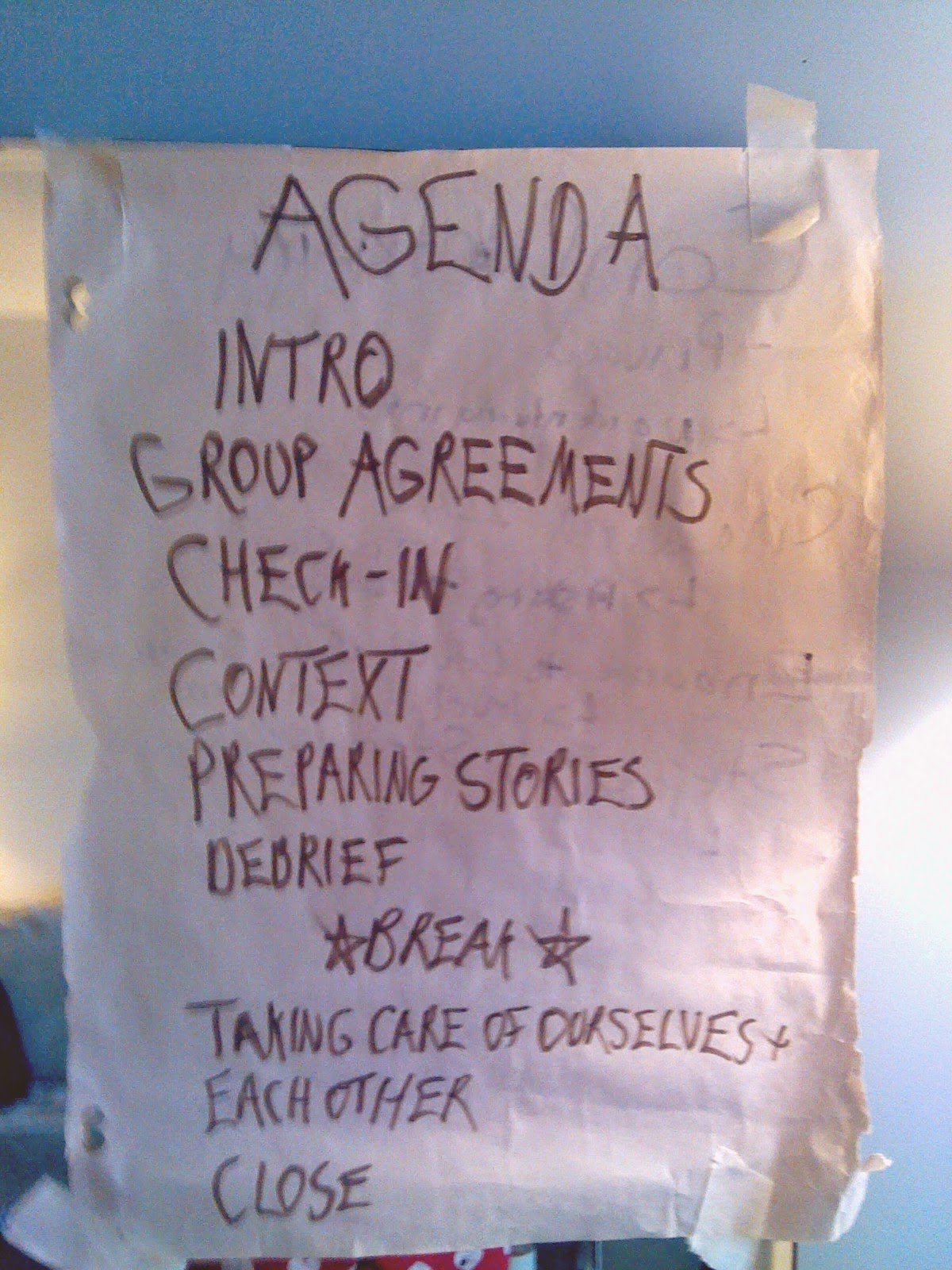 Community Action for Families: Who We Are 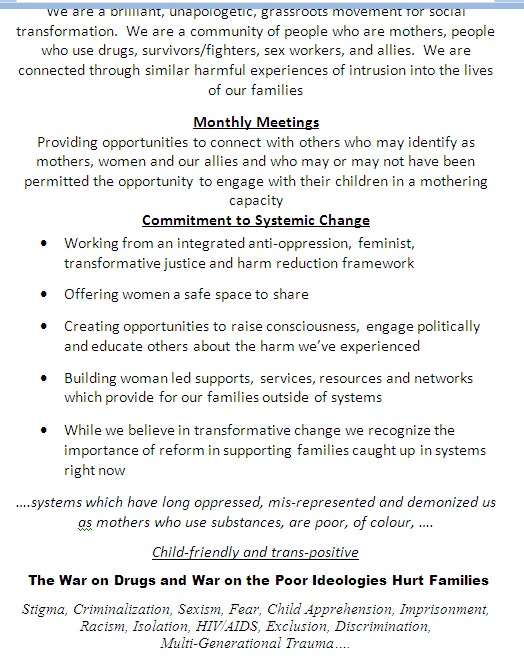 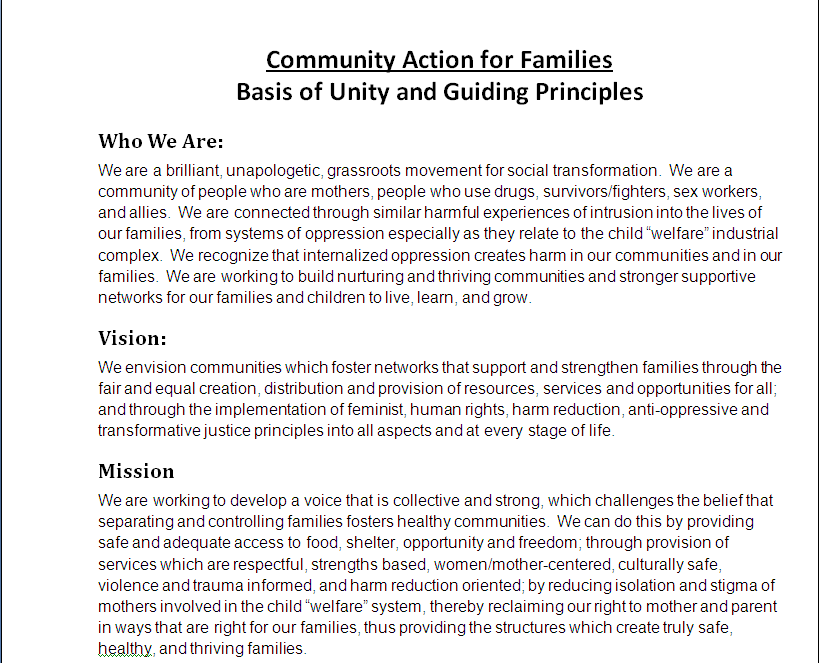 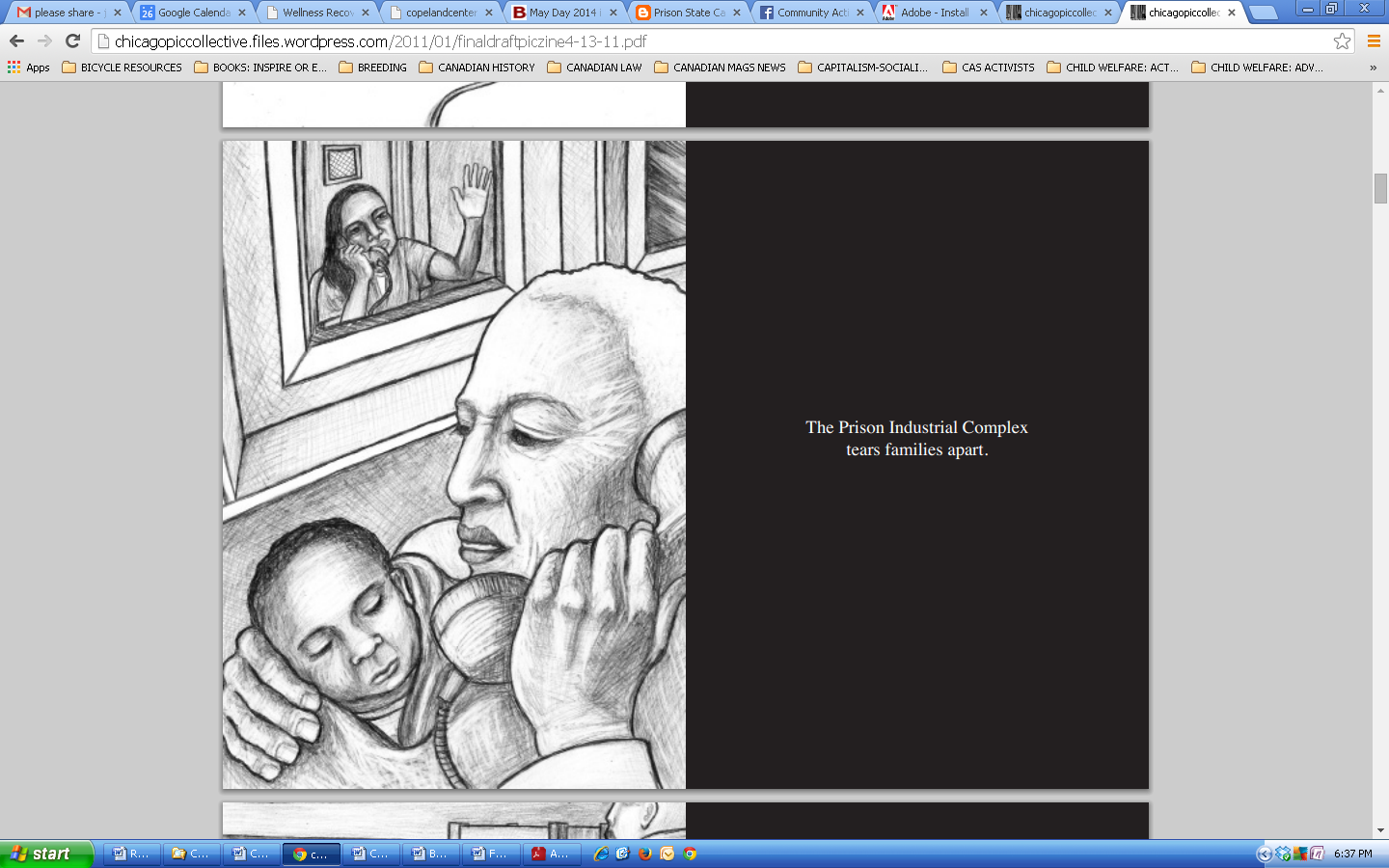 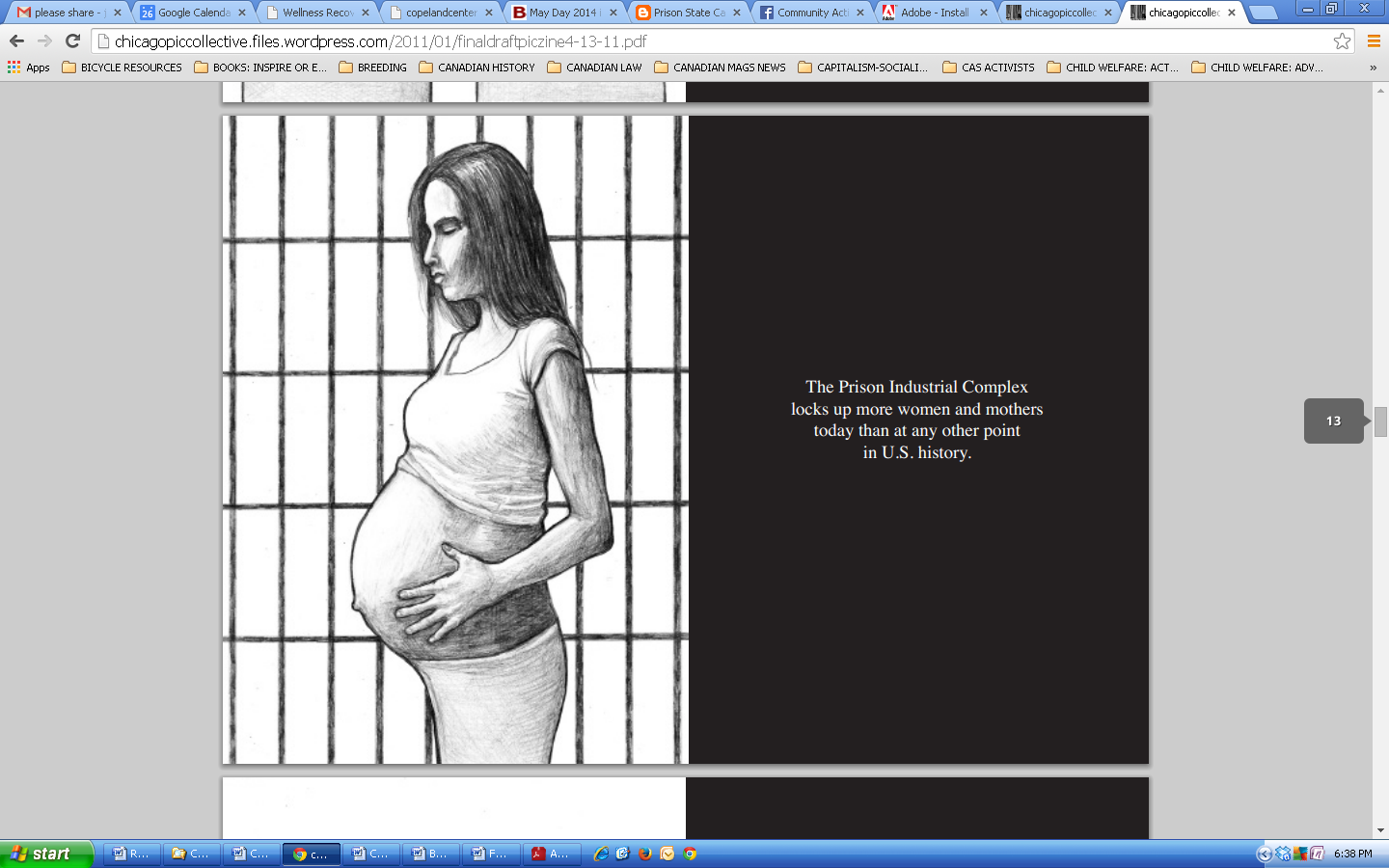 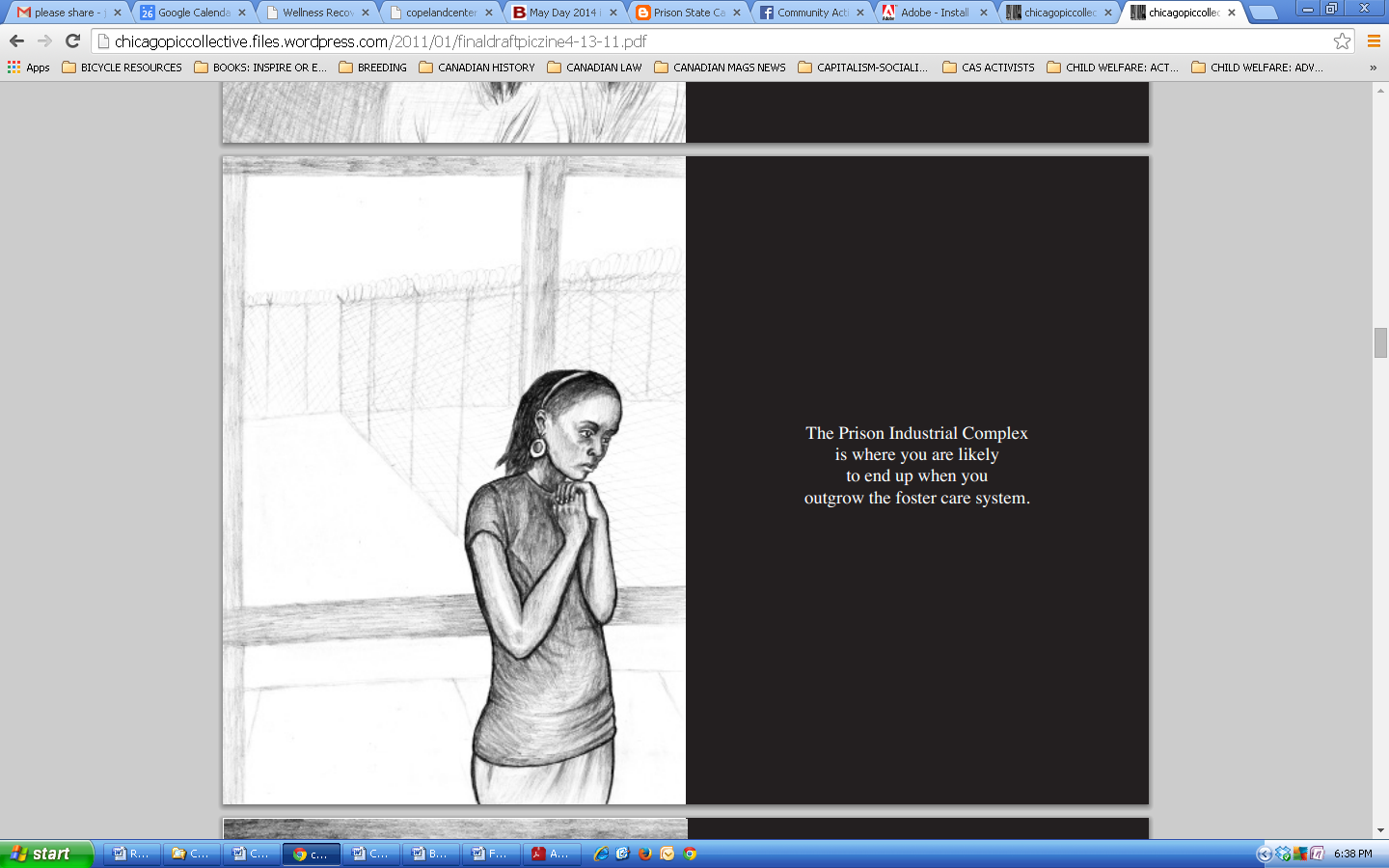 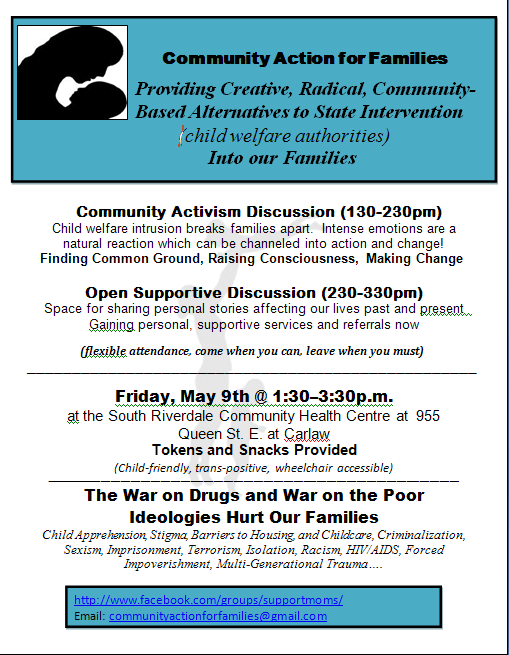 http://www.huffingtonpost.ca/2013/12/20/supreme-court-prostitution-canada_n_4478127.html?ir=Canada&ref=topbar
..........and this with several Conservative judges sitting on the Supreme Court Bench!  All 3 of the criminal code sections before the courts were shot down/overturned.  Without question this will make Sex Work safer for all involved.  Not only safer from the violence of individual perpetuators who approach Workers in the guise of purchasing their services, but also safer from the violence meted out at the hands of the state through police, prisons, stigma and discrimination!
Maggies for a critical look at the Anti Sex Worker laws

What on earth is going on with our ultra conservative Canada?  Perhaps now is a good time to eliminate all drug charges from the law books too?


NOT JUST THIS ONE 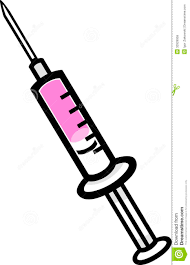 Finally someone is doing the right thing where 19 year old Ashley Smith is concerned.  The next step is to bring to justice the management officials who ordered front line guards not to intervene until Ashley was no longer breathing! The only people who have so far faced any kind of accountability (however limited) have been those front line guards.  Charges against the management were laid and almost immediately dropped.

Faith is asking that we spread the word about this project.  She is attempting to raise 3500.00 dollars to package and distribute songs written by female, Canadian prisoners.  The money raised from sales of these CD's will be used to provide housing for women released from prison with no where to go -as is too often the case.

Please donate generously if you can!!
http://www.faithnolan.org/ 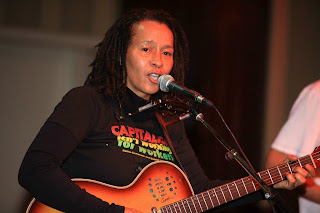 Please pass this link to all your networks and think about planning an action in support of hunger strikers demands to end long term solitary confinement and other forms of torture - forced feeding, gang snitch protocols, among others.

Yesterday, Monday, July 8, 2013 prisoners resumed their hunger strike.  Conditions in prison generally amount to torture in some form.  USA prisons ramp methods of torture up several notches compared to most Canadian prisons (which are themselves horrendous human rights violations to be sure!).  SHU units throughout the USA and particularly in California which hold prisoners indefinitely (often meaning -life) are some of the most inhumane, torture chambers in existence in western nations!  Speak up, Speak loud!

https://prisonerhungerstrikesolidarity.wordpress.com/
Posted by Sher at 11:40 AM No comments:

ICOPA NEWSLETTER - CONFERENCE UPDATE - SUBMISSIONS - ABOUT ICOPA
Posted by Sher at 12:46 AM No comments:

Email ThisBlogThis!Share to TwitterShare to FacebookShare to Pinterest
Labels: ICOPA

Information and News on Ashley Smith Enquiry
Posted by Sher at 5:53 PM No comments:

Wanted to share our project, Safer, with you all - a docku-art piece (using projection art) advocating for safer consumption services in Toronto, drawing from the TOCSA report and excellently contributed to by some of the THRA members. We are very much open to input, and will be reshooting a couple 'scenes'. Put together by myself, and four other students from OISE.

Reflections of a Female Prisoner on our Jail and Prison Systems

A former prisoner (Petey) who was incarcerated at the Grande Valley Institution for Women in Kitchener, Ontario during an overlapping time frame with Ashley Smith, refers to the tragic manner in which Ashley died.  She uses the horror of what happened to Ashley to illustrate some important points about the need for transparency and an effective prisoner complaints system.  What goes on behind prison walls is invisible to the public and indeed in many cases, largely invisible even to those closest to someone inside.  The current direction being taken by our federal government, in pushing for ever greater secrecy and fewer transparent avenues to deal with prisoner complaints and human rights violations inside, will without question lead to more horrific and entirely preventable tragedies.  Such as the succession of "mistakes", and callous decision making which led to the end of Ashley's young life.  Read on for Petey's reflections on this situation.
Also I would highly recommend following the links within Petey's statement for other written pieces by Petey on her experiences in our prison and jail systems.

* Read by Jennifer Kilty at the event.


My name is Petey. I am one year older than Ashley would have been, had she not died at the hands of the prison system. I was transferred to Grand Valley Institution for Women two weeks before Ashley Smith’s tragic death took place.

The Fifth Estate documentary of Ashley Smith’s unfortunate journey through the penal system was given the very appropriate title, “Out of Control”. This is a succinct and precise description of the Corrections Service of Canada. I have been a prisoner in the youth, provincial, and federal systems, and witnessed firsthand the mistreatment of girls as young as twelve to women in their sixties. With them, I experienced oppression and abuse at the hands of prison guards, and felt powerless because it was my word against that of prison personnel.

One such example is that I spent five illegal months in maximum security at Grand Valley the age of twenty, due to an oversight of the policies that blatantly stated I should not have been there. However, CSC was not interested in informing me about my rights or about policies that would be inconvenient for them to follow. Instead, they hoped I would never notice, and told me that it was “water under the bridge” when I raised objections. This, and many other complaints and grievances that I filed throughout my imprisonment, were strongly discouraged by CSC officials. Asking CSC to follow their own policies is seen as unruliness and noncompliance. Fighting for basic human rights meant that I was labelled as a troublemaker.

It was a struggle to obtain copies of CSC’s policies and directives, which the public is told are freely available to all prisoners. If successful in obtaining a copy, every single woman in prison would inevitably find sections where the policies were not followed, and where her rights have been trampled. Should she find the courage, and have the skills to fill out a complaint or grievance form, she is seen as Enemy Number One by CSC, and all efforts are put into place to convince her to withdraw the complaint. If the complaint is handled informally or withdrawn, there is no documentation of the transgression, and the public is told that everything is fine; the prison is doing its job, because there is no record of prisoners complaining.

Unfortunately, these tactics to silence injustice lead to severe breaches of human rights. Ashley Smith’s complaints about her indefinite segregation and excessive number of transfers between prisons and mental health facilities in Canada were left in the complaints box until long after she had died. They were filled out by other people because she was not permitted a pen. It took her death for the public to be made aware that someone at the age of nineteen was being held indefinitely in isolated segregation in a federal prison for women. This is unacceptable.

It is my sincere hope that this inquest leads to some form of external oversight of CSC, because they are currently not accountable to any authority. They can and do commit any atrocities they deem appropriate, such as transferring someone seventeen times within eleven months, or involuntary injections, under the guise of public safety. This protest is the beginning of a new direction for Corrections, one where the public demands that justice is not synonymous with punishment, and where basic human rights are guaranteed to all Canadians, even the ones in prison.

After ﬁnally escaping from the clutches of maximum security, I was bunked with a young girl who slashed herself up something ﬁerce two weeks later. I was woken up at one in the morning and instructed to leaveour cell so it could be sealed for investigation. My cellmate was shipped toa psychiatric hospital and my nightmares got worse.I asked to please be moved to a single cell, but instead got another cellmate, who I was told was more “stable”. Ten days later, I came back to ﬁnd she was gone. When I asked what happened, it turned out she wasin segregation on suicide watch. I was starting to think that there was something wrong with me because everyone around me was sick of living. I had no idea how to handle this kind of guilt. Guards in the prison treated these situations as normal and that I should just get used to it. I could not wrap my head around that kind of thinking, so I was left alone, hurt and confused. Several women died while I was at GVI and the injustice of them dying away from their families really weighed heavily on me.Here is a quote from Correctional Service of Canada. by Petey scribd-Reflections on First "Free" Prisoner Justice Day
Posted by Sher at 1:35 PM No comments:

Developing and Providing Radical, Community Based Alternatives to State Intrusion into our Families

Please join us for a light meal and discussion on Fri. May 9 at the South Riverdale Community Health Centre, 130-330PM

THE WAR ON DRUGS WAR ON POOR HURTS FAMILIES

JOIN US TO PUSH BACK

Sher
Toronto, Ontario, Canada
I am a single parent to two beautiful young women, I am a drug user, a former prisoner, and recent college graduate. I am a middle aged, poor, white, woman with a criminal record,a survivor of childhood sexual abuse - setting the stage for other kinds of abuse and disconnection for many years to come (all common stats for many imprisoned women) I am fed up with people advocating retribution as a means for addressing complex social issues they don't understand. Locking people in cages can never make a healthier, nor safer place for any of us. Thankfully there are many smarter alternatives...if we can just find the courage, and strength, within ourselves to build the loving community this world has too long done without